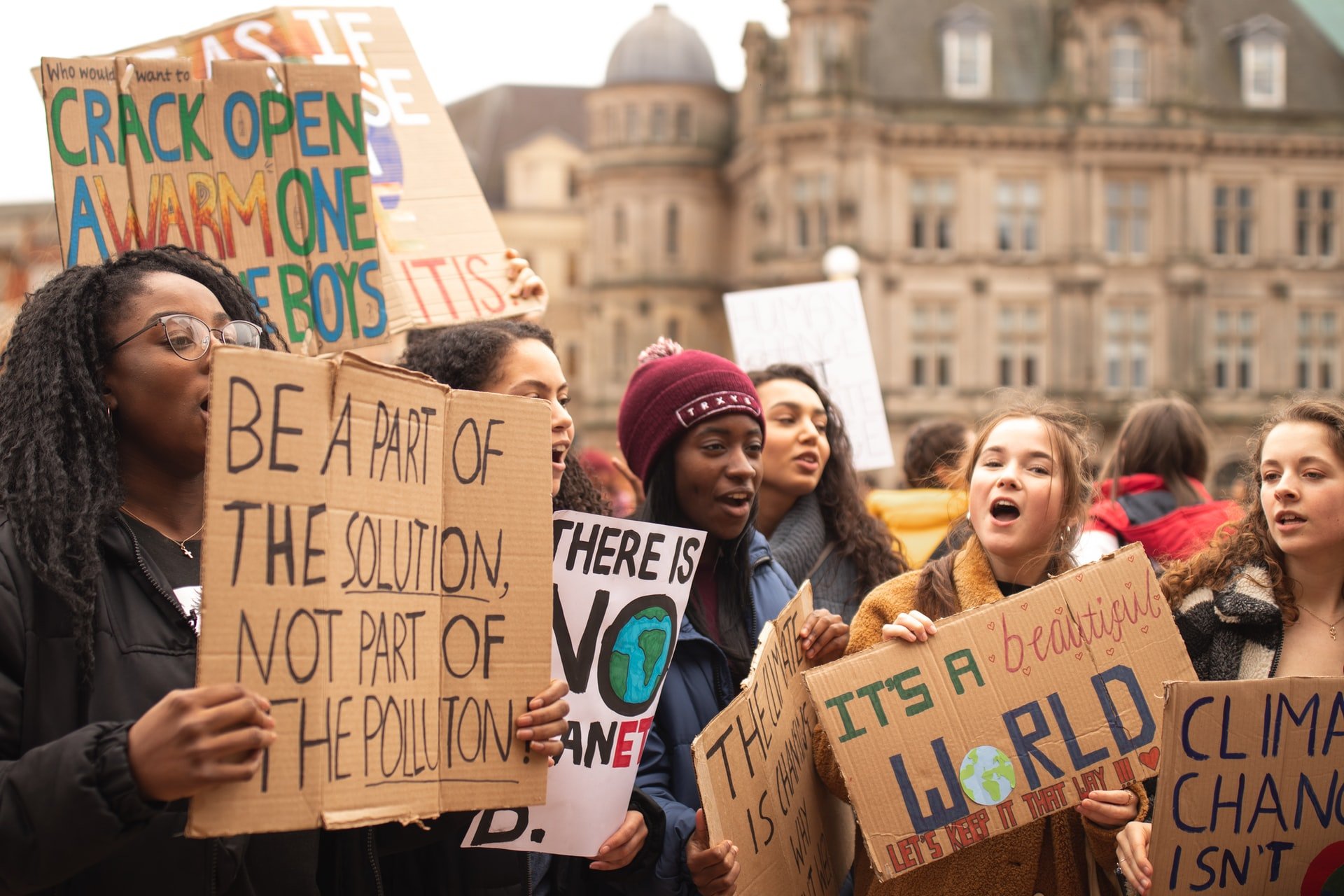 By Michela Meduri and Alice Pizzoferrato

Nowadays, climate change is one of the major issues affecting our planet. According to research conducted by the Climate Science Oxford Research Department, women are more likely to be concerned about the environment than men, besides having stronger pro-climate opinions and behaviors (Adam et al., 2017).

Age is also a critical variable: recent surveys showed that climate change has significant implications for the health and futures of young people, who appear to be more worried about it than adults (Hickman et al, 2021). Social movements such as “Fridays for future” show that young people are more proactive when it comes to the fight against climate change. According to a 2018 survey of students aged 18-33 carried out by Western Sydney University, young women are eight times more likely to believe that processes of climate change will affect their lives rather than young men (Ward, 2018)

The aim of this short paper is to examine gender and age differences in climate change concerns using European Social Survey data (round 8 – 2016) applying pr-tests and a chi2 test. The analysis will consider three European countries with different degrees of quality of life: Sweden, the Czech Republic, and Russia. The choice of considering Sweden instead of Switzerland – positioned in the first place in the raking – is dictated by the fact that the movement “Fridays for future” first developed in this country, so we thought it would be interesting to investigate gender and age differences in a place with a high level of life quality as well as such a high level of concern.

Based on previous studies, the hypotheses formulated are the following:

H1: Women are more concerned about climate change than men

Through our analysis, our expectations have been mostly confirmed; in fact, the level of concern about climate change seems to be associated with gender and in most cases also with age.

The independent variables that we are going to use are gender and age in the three chosen countries. The analysis will be limited to people aged 15 to 75, recoded as young (15-35), middle-aged (36-55), and old (56-75). All the missing observations about the considered variables are dropped.

Summary statistics and samples size considered are reported in Table 1.

To test the first hypothesis, we ran pr-tests for each country. Gender difference in concern about climate change in the three countries is summarized in Figure 1. By looking at the graph, we can see that, in all three countries, women are more likely to express concern for climate change than men.

Table 1 shows the results of a set of pr-tests investigating the difference between men and women in concern about climate change in Sweden, the Czech Republic, and Russia. As we can see, in all the three cases we can reject the null hypothesis since the p-value is lower than 0.05 or equals zero and the 95% confidence interval does not contain zero. Consequently, we can state that there is a population difference in concern about climate change between genders, and our H1 is therefore confirmed. Interestingly, the gender gap is essentially the same in the three countries.

Table 2 below reports the results of a chi2 test ran on the pooled sample to investigate the association between age and concern for climate change (H2). Based on the data in the table, the null hypothesis of statistical independence cannot be rejected. In fact, the chi2 value is not sufficiently large and the p-value exceeds 0.05. As a consequence, we do not have strong evidence in favor of our H2 because a relationship of statistical dependence between age and our dependent variable is unlikely.

To further investigate this issue, we ran a pr-test for each country contrasting the youngest and oldest groups. The results, reported in Table 3, show how the null can be rejected in the case of Sweden and Russia since the p-value is lower than 0.05 and the confidence interval does not contain zero. However, since the point estimate and the confidence interval for Russia are negative, we can deduce that the mean for young people is lower than the one for older people. Moreover, for the Czech Republic, we cannot state for sure that there is a difference in the level of concern about climate change between younger and older people since the p-value exceeds 0.05 and the confidence interval contains zero. Overall, the only country in which H2 is confirmed is Sweden.

To test our H3, we ran pr-tests for each country considering only the young population. From the results, it is possible to reject the null in all three cases since p-values are small and confidence intervals do not contain zero (not shown). Therefore, a difference in the level of concern about climate change between young women and young men is provided. By looking at the corresponding proportions, we can state that young women – who have a higher proportion in all cases – seem to be more sensitive toward climate issues. As a result, our H3 is confirmed.

Figure 2 below summarizes our analysis in a visual way. Generally, women seem more sensitive when it comes to environmental issues, and this gender difference is also present in the young population in all countries. A certain degree of differentiation can be found also between younger and older people in general, even if in the Czech Republic it is not that evident and, in Russia, it is not in favor of young people.

To sum up, we can state that our analysis has confirmed most of our hypotheses. Gender seems to have a stronger association than age when it comes to concern about climate change. We can notice that all our hypotheses have been confirmed in the case of Sweden, a country with a high level of quality of life and where the movement “Fridays for future” was born.

Moreover, by looking at the general statistics, it is possible to state that in this country the percentages of concerned people are generally higher than in other countries. More research is needed to investigate age and gender differences also in countries in southern and continental Europe, where levels of concern for climate change are expected to vary considerably both within and between countries.

Photo by Callum Shaw on Unsplash