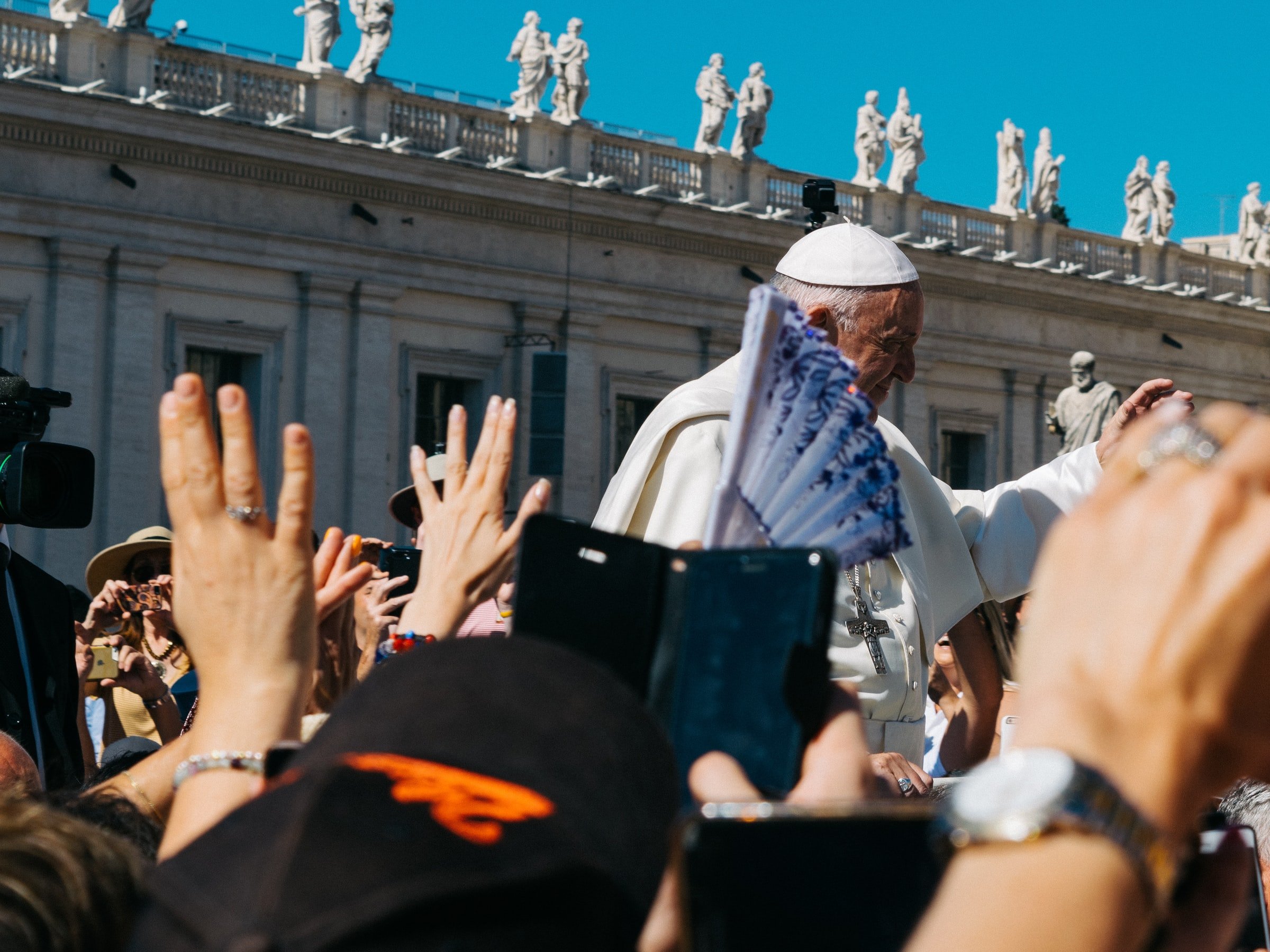 Authorship: Students* of the “How to use international survey data for social research” class (Instructor: Cristiano Vezzoni) – Academic Year 2021/2022

Is there an association between individual religiosity and attitudes toward immigrants in Italy?

In the last decade, European countries have experienced an increase in the number of immigrants coming from developing countries due to major changes in global political and economic balances, such as the fall of the Gaddafi regime in 2011, and the Syrian War from 2012. The so-called immigration crisis reached its peak in 2015 when over a million people crossed the Mediterranean Sea and arrived in Europe.

Unsurprisingly, since then immigration has become a hot topic in the public opinion debate, and some have suggested that immigration was the main issue in several elections. Italy is not an exception to this trend, having been one of the main recipients of the immigrants’ inflows and having experienced a politically heavy loaded debate on this issue.

Immigrants usually introduce elements of diversity to receiving societies, at several levels. For example, immigrants coming from the Middle East and North Africa are often affiliated with Islam, while Christianity remains the dominant religion in Europe. Against this background, this paper aims at analyzing the association between individual religiosity and attitudes toward immigrants in the contemporary Italian context.

The tricky relation between religiosity and attitudes toward immigrants

One can wonder what is the relationship between individual religiosity and attitudes toward immigrants, but the answer to this question is not trivial.

On the one hand, religious institutions, such as the Catholic Church in Italy, encourage supportive attitudes toward immigrants, in the name of solidarity and brotherhood (Ben Nun-Bloom et al. 2016). Thus, people embracing this religious appeal should be more welcoming towards the newcomers.

On the other hand, religion appeals to cultural, identity elements. For instance, speeches given by anti-immigrant political leaders often refer to a “Christian common identity” as a distinctive cultural trait of Europeans opposed to the otherness of immigrants (Bail 2008; Storm 2011).

For some, therefore, religion represents a marker distinguishing those who belong to a community (in-group) from those who are excluded (out-group). In this way, religious identification could lead to negative attitudes toward immigrants.

Our research explores the relationship that exists between individual religiosity and attitudes toward immigrants in Italy. We distinguish two dimensions of religiosity: on one side, the exposure to the compassionate message of the Catholic Church and, on the other side, religious identification with Christianity.

We expect that the higher the exposure to the Church message is, the more positive the attitudes toward immigrants will be.

On the contrary, we foresee more negative attitudes when a person sees religion as a distinctive sign of identity.

The data come from the European Values Study (EVS 2017) and concern the Italian population. Overall, 2277 people, older than 18 years old, were interviewed face-to-face.

Attitudes toward immigrants have been measured by means of an additive index composed of the following items (Q52 in the original EVS questionnaire):

The average correlation between the three items is 0.60 and a factor analysis confirms that they load on the same factor. The individual scores were computed by averaging the answers for each person, producing an anti-immigration index ranging from 1 to 10, where 10 stands for the most negative attitude. As can be seen from Figure 1, the bulk of the data is located on the right part of the scale, which means that most of the interviewees show hostile attitudes toward newcomers.

As an indicator of exposure to the compassionate message of the Catholic Church, we considered attendance to religious services, which in the Italian Catholic context most of the time means attending Mass. We thus distinguish among regular practice (going to church every week, 27%), irregular practice (going sometimes, within once a month to once a year, 43%), and never attending (30%).

We assume that attendance to the Mass entails on the one side a consonance with the Gospel’s message, and on the other side exposure to the position of the Catholic Church on immigration, well represented by Pope Francis’ preaching.

Finally, we use the question on the importance of being Christian to be European to gauge the identity dimension of religiosity. We distinguished three groups: those considering it very important (18%), quite important (26%), and not important (56%).

It clearly emerges that the differences between groups are not significant, and the average score remains basically the same, around 6.5. The highest level of the anti-immigration index is reached by those who have an irregular attendance to church, but the difference from the other groups is negligible.

In the second analysis, the graph reports the averages of the anti-immigration index by religious practice while distinguishing the importance level of being Christian to be European.

Figure 3 shows that the differences concerning this last variable are far more pronounced than those seen before. Those who think of religiosity as a fundamental aspect of being European are less welcoming, with an index between 7.0 and 7.5 (blue line). Those who do not care about religion as a distinctive trait for being European have a much better attitude towards immigrants, with an average ranging from 5.5 and 6.5 (green line).

In addition, once we consider the identity dimension of religiosity, we can also see that religious practice makes a difference only for certain categories of individuals. In fact, regular mass attendance seems to reduce hostile attitudes towards immigrants among the people who do not consider Christianity as an important trait for the definition of European identity (green line, left group).

A similar but opposed pattern can be observed for the group of people who conceive Christianity in an identitarian way and never go to church (blue line, right group), who are the most hostile toward immigrants. However, the confidence interval shows that that difference is not statistically significant when compared with other respondents stressing the importance of the Christian identity.

Finally, religious practice does not explain at all the anti-immigration attitudes among people considering adherence to Christian religion quite important for being European.

In this paper, we started from the question of whether there is an association between individual religiosity and attitudes toward immigration. We carried out our analysis by considering two dimensions of religiosity: exposure to the Gospel message on immigrants, measured through Church attendance, and the religious identification with Christianity, measured by the importance of being Christian to be European.

Our results show that there is not a significant difference in attitudes toward newcomers between those who attend religious services and those who do not. It seems thus that being exposed to the welcoming message of the Catholic church does not affect attitudes toward immigrants.

However, this apparent homogeneity in the population wanes if we distinguish our respondents depending on the importance they attribute to religious identity. When people see Christianity as an identity trait, they possibly see immigrants as otherness and tend to have more negative attitudes toward them.

Regular church-goers that do not see religion as an element of a broader European identity express the most positive inclinations toward immigrants. The opposite is also true for identitarian Catholics (being Christian very important to be European) not going to church.

In conclusion, religion appears to be related to attitudes toward immigrants, but what matters most is a form of religiosity that has more to do with social identity rather than beliefs. In short, this can be described as cultural religiosity.

In our research, we considered only two aspects of individual religiosity, religious practice, and identification with Christianity. However, those are only a part of the elements that can define a person’s religiosity. Further analysis concerning the Italian case should thus consider other aspects.

In particular, explicit belonging to a religious denomination should surely deserve some attention. In fact, it would be possible to distinguish non-practicing respondents between those not belonging to any religion and those affiliated with the Catholic church (see Ladini et al. 2021). The latter group could conceivably express their belonging more in cultural and identity terms and, in line with our results, we could expect from them a more negative attitude toward immigrants compared to the non-affiliated respondents.

More research should thus be conducted to get a deeper knowledge about the relationship between the identitarian dimension of social phenomenons and the attitudes towards immigrants and foreigners.

Another limitation of our results concerns the decision not to apply weights to correct for sample biases. Our choice was made to keep the analyses simple and to easily make them reproducible also via the EVS online analysis facility. Additionally, we did not control for other variables, mainly socio-demographics, that could impact the composition of the population and consequently affect the strength and direction of the relations detected. in further research, these limitations should be addressed properly, by considering the weighted results and controlling for potential compositional effects.

Finally, our results concern only the Italian national context, Italy, that presents several specificities as far as the religious landscape. To understand better which relationship exists between religiosity and attitudes toward immigrants it will be necessary to expand these analyses to more countries and implement a comparative design to test whether our findings can be generalized.

Photo by Kai Pilger on Unsplash